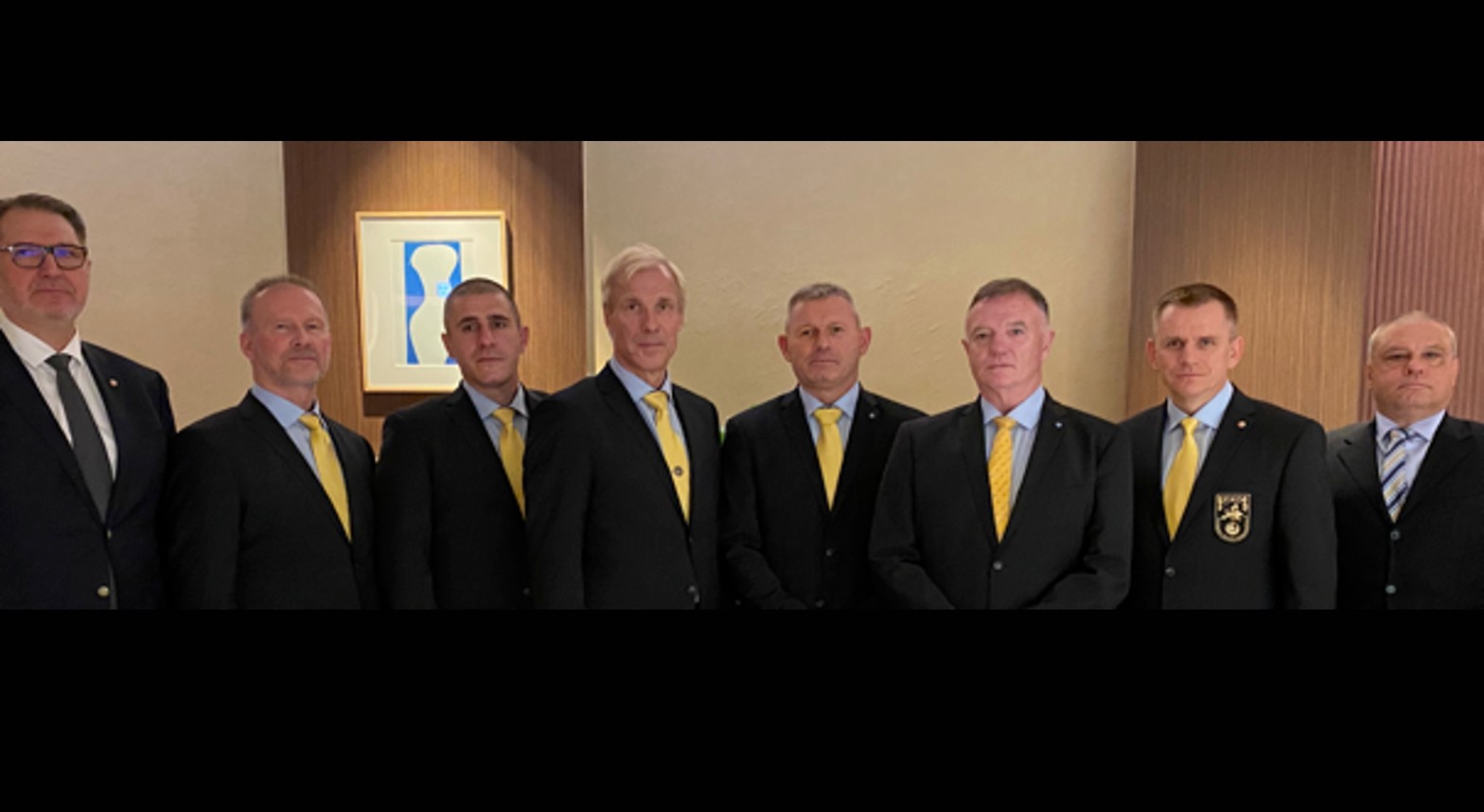 Message from EKO Board

Important message of information from EKO Board

As president of EKO board, it is my task to tell you that we feel the need to inform our members on the Boards’ activities, discussions and conclusions that we reach – and also, why we reach them.

We have been through a very hectic period in our (sports) lives. And still, the circumstances in which EKO and all its member countries have to function are far from ideal. Covid 19 is a big worry, once again. Even though it looked as if we had returned to a more or less normally functioning society, including karate camps, seminars, tournaments and person-to-person meetings, uncertain times are once again ahead.

These difficult periods form the ultimate test for an organization. We feel that, with the European Championship in Tbilisi as a demonstration of Shinkyokushin power, EKO and its member countries had already reached a very strong result in this strength test. Not in the least because of the strong backup and support we receive from our mother organization WKO with its president Midori shihan and General Manager Koi shihan and their capable office staff, coupled of course with the support from JKO. We are always in close and open contact and are happy with the support and the unity we experience.

Then: to maintain our strength as an organization, we also feel that at this very point, EKO board needs to communicate as much as possible and give insight in the decision making. All board members feel the heavy responsibility of acting in the interest of EKO’s members and in the promotion of Shinkyokushin karate.

In recent months, there have been discussions between countries and the EKO and disputes about the acting in the general interest. Please be 100 percent assured that we take them very seriously and handle them careful. What made us possibly the strongest karate organization in Europe has always been that, even when we had some internal discussions, we provided a united front. And it is important, to continue this way because division and open disputes weaken an organization.

On behalf of EKO board, I would like to address several points for you.

First, there is the matter of full contact karate and EFKO. There are big differences in points of view in EKO countries. One the one side: several countries embrace the concept of being completely ‘open’ and active in the full contact world. On the other side are there countries, that look at the promotion of the full contact concept as the possible end of EKO as an organization. And many visions in between these extremes.

Let us make clear that, along the lines of thinking and policies of our mother organization WKO and fellow organization JKO: the interest of member countries is no. 1. It clearly shows in the majority of proposed board members that are from EKO and might take place in the proposed board of EFKO.
EKO will have – in a democratic way of course – by representative voting control of any form of organization that EFKO will follow, but on the basis of decisions voted on by all full contact groups and organizations.

While we emphasize: EFKO is not an organization that you can compare in any way with EKO or others. It is just a movement so far, that has to be structured. EKO is completely independent from it, all groups and organizations are. Which means that no EKO country has any official obligation to co-operate with EFKO.

However, when there is unrest around a subject within an organization, it is important that things quieten down.

It is crucial now, that within EKO, we all think about the future road we want to travel in this movement. Zoom-meetings, mails and letters have it purpose but we believe that it is necessary to have more open contact with all concerned, preferably face to face and in person.

Therefore, EKO board proposes to halt all official activities concerning full contact karate and EFKO until next year may, after the World Championship in Osaka. Of course, we can and should communicate amongst each other in the time between, but then as an exchange of ideas. We will postpone decisions also until after the AGM next year, so all members can decide in a democratic process. Which is the strength of EKO.

This is a complicated affair, that we have given a lot of thought. Especially with the selection tournament, it was a very difficult development. Please remember that EKO democratically decided to have the European Championship as main selection tournament, with the Swedish Open as a second. When it became obvious that the EC in Tbilisi could go on, it was uncertain how many (or how few) countries could participate due to Covid. And it is of course important to have a fair representation when you must select fighters..

It was until very late known that 19 countries would participate, which was a surprising amount, but still not the usual number of countries that have the right to send fighters for selection.
Then however, Goteborg as selection tournament had to be cancelled due to the financial situation, as a result of the pandemic. We had to choose a new organiser for the selection tournament. But then, somebody had to step forward to organize it. This was volunteered by Lithuania, to host the tournament in December.
As the extra place for fighters of the organizing country in each category, this has been the custom for 30 years and we still consider it a good gesture towards organizers. Finding countries that are willing and able to organize the big Championships is already a problem, as we all know.

Shihan Michael Söderkvist, Chairman of the Referee Committee informs you down below about some more detailed recommendations to the board by the technical and referee committees. Please follow the content carefully as it is a complex topic.
—-
The topic to select competitors for the World Championship has been needed since WKO started with World Championship for Women and in Weight categories. EKO chose to use a system to select competitors by a ranking system. It was used for several years with both advantage but also some problems. When it was time for selection to the World Championship 2019 for women there was lacking background ranking information to compete in an open category. As time was short and to make the selection as fair as possible it was decided to have a special selection competition in connection with the European Championship in Prague. The selection went very well, and it was clear to everyone who was to be chosen. When selection for coming World Championship for weight categories in Poland was planned two matters appeared.

1. The old ranking system was not clear, not well known or transparent anymore.
2. To have a selection system it should be known in advance.
3. The selection to World Championship 2019 went well and gave new reference on how a selection can be done.

So far, the selection for World Championship in Poland was clear but the EKO board as well as EKO committees and national coaches wanted a sustainable system for the future.

A selection plan had to be created. The two main systems for selection was compered: the use of a European Championship with an additional direct selection tournament and by a ranking system.

After the evaluation a plan was decided by the EKO board. The plan is long-term and is based on using the European Championships and every two years a direct selection competition. It harmonizes well with the way JKO are selecting their competitors as well as have a reasonable foresight. With background we hope for understanding of the current situation.
——
So far the explanation of the referee committee’s chairman shihan Michael Söderkvist.
We hope this gives all members insight in our line of thinking and deciding. Of course we are open for suggestions and discussions.

On behalf of the EUROPEAN KARATE ORGANIZATION EKO,